I’m Mr. Kanto, a Canadian living in Japan, and this is my blog about my journey to financial independence (FI) in the next 5 years. I live with Ms. Kanto in a pretty corner of Tokyo, close to lakes, forests, and mountains.

I grew up in Canada to two immigrant parents. My parents moved to Canada without much money, and we lived paycheque to paycheque as a lower-class family.

But I didn’t know that growing up. I just figured things were expensive for everyone, not just us.

It wasn’t until later, when I was doing internships in university, that I learned I was already making more than my mom and dad combined.

But at the time, I didn’t know anything about personal finance or managing my own money. I didn’t even know the difference between a savings and checking account, let alone how to invest.

It wasn’t until a few years ago when everything changed.

One night, when I was going through my paperwork for a new job in the US I had recently signed the offer for, my mom said there was something she wanted to tell me.

She told me she has cancer.

I didn’t understand at all. My mom didn’t really have any of the risk factors for the type of cancer she later ended up being diagnosed with. She wasn’t overweight, didn’t smoke, didn’t have diabetes. She had multiple kids, and no one in our family has had it before.

I had always assumed my parents would live into their 70s at the very least. It was at this moment that I realized how nothing’s ever really guaranteed in life. Even though I’m statistically expected to live into my 80s, any day before then could be my last.

Over the next few weeks, as I learned my visa paperwork for the US was going to take the rest of the year, we learned my mom’s cancer was late-stage. The doctor said it’s impossible to tell how much time she has to live, but that we would try chemotherapy and go from there.

And so it began. Throughout the next six months, my mom and I lived together and we spent a lot of time together between doctor visits, chemotherapy appointments, and doing groceries.

I will never forget one of the first questions my mom asked the doctor:

“When can I get back to work?”

To her, not working wasn’t really a choice. She didn’t have much savings and mortgage payments were being automatically deducted from her bank account.

“Well, some cancer patients even continue working during chemotherapy, but it really depends on how you feel.”

My mom never did end up working another day in her life.

Things looked promising for the first few months. She was feeling great. Her test results were looking promising.

But eventually, things stopped. The cancer cells grew resistance to the chemotherapy, and the numbers started going back up the other way.

Six months had come and gone, and my paperwork for my US visa had eventually come through. At the time, I wasn’t sure if it was the best decision to move hours away from her, but my siblings and I had arranged my mom’s sister to come stay with her for a while, and that I’d be back in a moment’s notice if things got worse.

Up until this point in my life, I had always just kept money in a regular savings account, earning no more than a few pennies in interest each month. So when I started work and had to sign up for a retirement account that my employer would contribute to, I decided it’s time for me to learn.

I wanted to figure out what could I do so that if I were to ever get diagnosed with cancer or any other illness, I would be prepared financially.

I started reading books like a Boglehead’s Guide to Investing and The Simple Path to Wealth. Before I knew it, I was reading blogs written by people who had reached FI not in their 60s or 50s, but in their 40s and 30s. Once I had a general understanding of what to do, I made my first mutual fund purchase: $3,186.97 of VTSAX (at the time, it was VTMSX).

I would spend the next few months going back and forth, between work and being with my mom and working from home. Once it looked like the end was near, I took some time off and spent the last few weeks by my mom’s side.

All things considered, I consider myself pretty lucky. I’m lucky my visa paperwork was delayed by more than half a year, since I was able to spend each day in those six months with my mom. I’m lucky I had a high-paying enough job that it wasn’t a question of if I’d be able to come back home, but when.

After my two week bereavement leave, I returned to work.

But as the months went on, I felt more and more empty. I felt like just another cog in the wheel and I wasn’t happy living where I was living. I was living very frugally, some months saving as much as 80% of my income. But I realized that instead of trying to reach FI as quick as possible, I should try to build a life where I’m happy since I’ll eventually become FI sooner or later.

So I did just that. The following spring, I gave in my notice and moved to Japan. 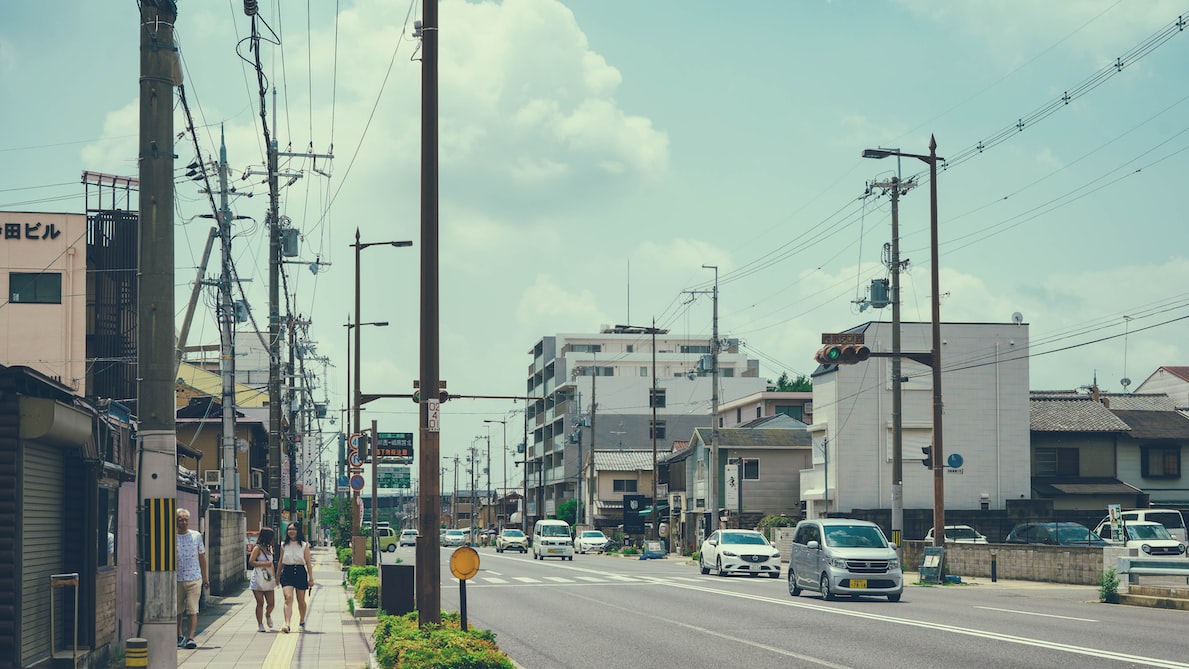 I had been to Japan a few times before. At some point in the last few years, the idea of living in Japan came across my mind and ended up on my bucket list.

When my mom’s death made me realize how short life can be, I decided the only thing I wanted is to be happy. And the only place that I knew I’ve been consistently happy in is Japan.

Within two weeks of moving here, I met Ms. Kanto and the rest was history. We moved in together not too long ago and we’re both enjoying our lives here in Japan.